If thereâ€™s one complaint I hear most about our lives these days, itâ€™s that technology is everywhere, and itâ€™s driving us nuts. Weâ€™re distracted, weâ€™re frustrated, weâ€™re annoyed, weâ€™re angry, weâ€™re overloaded. We carry our jobs home in our pockets, out of the office and to our dining tables and bedsides. We read and write think pieces on leaving Social Media for a week, like it was a habit akin to eating raw chicken. Iâ€™m no stranger to the feeling, myself. Or the thinkpieces.

Worse yet, many of the technology tools we use each day are deliberately engineered to maximize habits and routines that keep us coming back for yet another dopamine hit. Social media is the biggest culprit here, but thereâ€™s so much more. For example, some email clients are set, out of the box, to notify you about new messages every five minutes. Thatâ€™s 24,000 times per year. Thatâ€™s insane. How are you supposed to get anything done with things popping up and buzzing and generally driving you nuts every five minutes? That is, five minutes, if youâ€™re lucky.

But hereâ€™s the thing. Many of the same technologies and tools that drive us to distraction can also be used to give us more focus on what weâ€™re doing. We just have to use them the right way. We need to use them mindfully.

Mindfulness is a word that means many things. Itâ€™s often used in the context of mindfulness meditation, but that is not what Iâ€™m going on about. If you want to get into that side of mindfulness, you could do far worse than by checking out Patrick Rhoneâ€™s book Mindfulness for Mere Mortals. That said, in many ways the practice of mindfulness meditation is relevant in how it strengthens the parts of our mind that keep us on taskâ€”even when that task is to have no task at all to focus on. Itâ€™s hard to do that when the siren call of some annoying social app is gnawing at your brainstem like some angry pathogen.

The idea of mindfulness, is to enable us to be present and focused on whatâ€™s going on now, and our technology doesnâ€™t have to be an enemy of this. In the coming days, Iâ€™ll be writing about some ways in which we can use technology to do just that. We donâ€™t necessarily need new apps or hardware to keep us on task. No distraction-free writing environment, or $500 cloud-connected word processor will get you to make the clackity noise. Instead, you can use the tools you have to keep you making the clackity noise, whether youâ€™re doing it with a distraction-free writing environment, or just Microsoft Word. 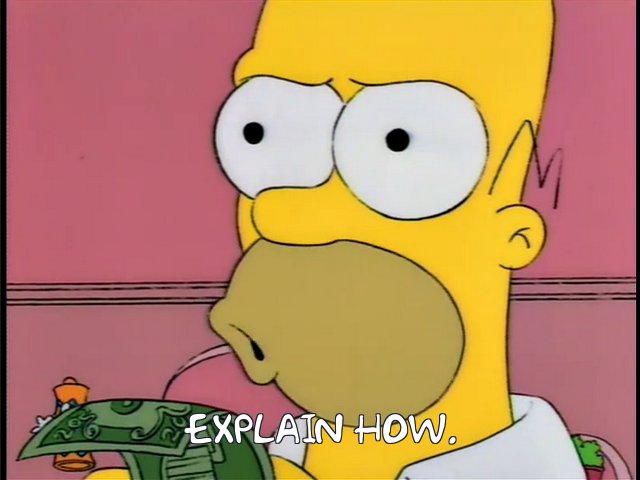 Thereâ€™s a lot of low-hanging fruit we can grab to make our technology more of an aid to mindfulness, not an enemy of it. The first thing you can do is turn off notifications on your devices, except for those that will be truly urgent. Iâ€™ve written before about this topic, but thereâ€™s another benefit to cutting down the number of notifications you get thrown in your face. In environments where people are subject to a large number of alarms and alerts, thereâ€™s a problem known as â€œAlarm fatigueâ€, wherein the sheer volume of alerts desensitizes people. It happens a lot in hospitals, but it can happen to anyone.

For example, I use an app called Due to remind me of various time-sensitive tasks. This could be anything from my monthly phone call to Mom and Dad, or just taking the eye drops my optometrist told me to use so I can sit in front of glowing rectangles all day. One of the great things about Due is that it will keep bugging you to do something youâ€™ve asked it to remind you to, and on a schedule you set. This is powerful stuff, but has potential to get overwhelming, fast.

A while ago, I hit a point where alerts and alarms would occur so often, and at such inopportune times, that I would start dismissing them out of hand, and not actually doing what I wanted to be reminded of. By stripping down the number of notifications I get, and the degree to which Due continues to buzz my wrist if I miss a reminder, Iâ€™ve brought that back under control.

And sometimes youâ€™ll want to stop all the interruptions. Fortunately, our chattering and buzzing devices come with tools for that too: â€œDo Not Disturbâ€ mode. This setting on devices turns off all notifications, with the potential exception of alarm clocks and timers. On top of that, if distraction is a problem, you can always choose to disable the Internet connection, either through Airplane Mode, or just pulling the Ethernet cable out of the Wi-Fi router. (Donâ€™t try this at the coffee shop, though.) If it gets truly desperate, you can always just turn the damn thing off and sit down with a pencil and some paper.

None of these are new ideas, but Iâ€™m surprised at how few of the people I see online bemoaning the annoyances and interruptions of their tech lifestyles think to try them. The biggest thing any of us can do when trying to use tech more mindfully is to spend a little time just thinking about how we use it, and what small changes we can make.

It only takes one moment, one action, to start changing an ingrained technology habit. A huge part of mindfulness is learning how to step away and reset your focus. Itâ€™s a big idea, but even a big idea can be started by a small action. Once you get the technology to work for you, and not against you, youâ€™re already on your way.

Next time, Iâ€™ll talk about how you can get a picture of how youâ€™re using your technology. You might be surprised what youâ€™re really doing each day.